The Return Of Pizza Fella

The first Pizza Fella comic was published in the premiere issue of L.A. Comics in 1971 and continued as a regular feature in the tabloid comics newspapers Two Bit Comics and Okay Comics until 1974 making it part of the Golden Age of Underground Comix (1967 - 1974).

Pizza Fella was a teenage delivery boy for a pizzeria in Los Angeles and his job allowed him to have adventures and meet new people in the marijuana counter culture of the early 1970s. 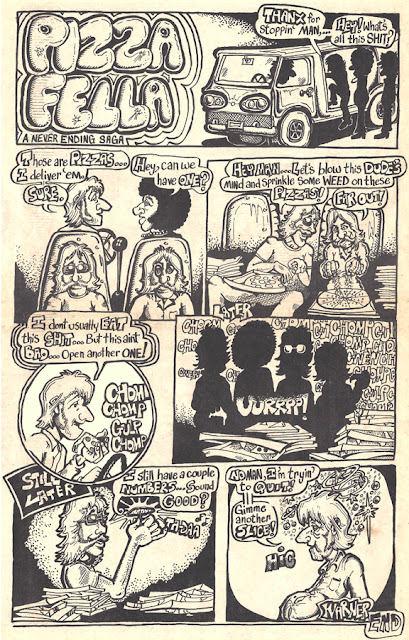 Now he’s back to experience a new drug culture in the age of legalized cannabis and medical marijuana. He’s a bit older as medical marijuana is still illegal to minors and no longer breaking the law but he’s as big a pothead as ever.

Touches of the underground comix style of the original comic of the Seventies has been retained but gone are the foul language and seedier elements of the drug culture as now the people he meets that use marijuana could just as easily be older cancer patients or suburban housewives than hippies or urban drug dealers. 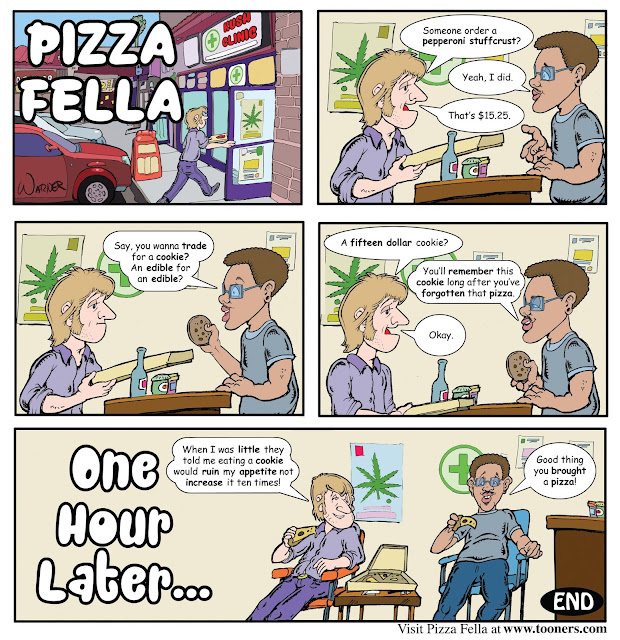 Pizza Fella has returned to help chronicle a very interesting time period of changing attitudes and the social experiment that is the new Legalized Cannabis movement.

Created by cartoonist/animator Neal Warner while still in high school in the San Fernando Valley, Pizza Fella’s popularity at the time led directly to a job with legendary animation producer Ralph Bakshi whose first animated feature was Fritz The Cat, based on the underground comic book by Robert Crumb. This led to a lengthy career in the Animation Industry which included The Heavy Metal Movie, The Teenage Mutant Ninja Turtles, He-Man and the Masters of the Universe, Rugrats, Ducktails and many other television series and animated feature films. 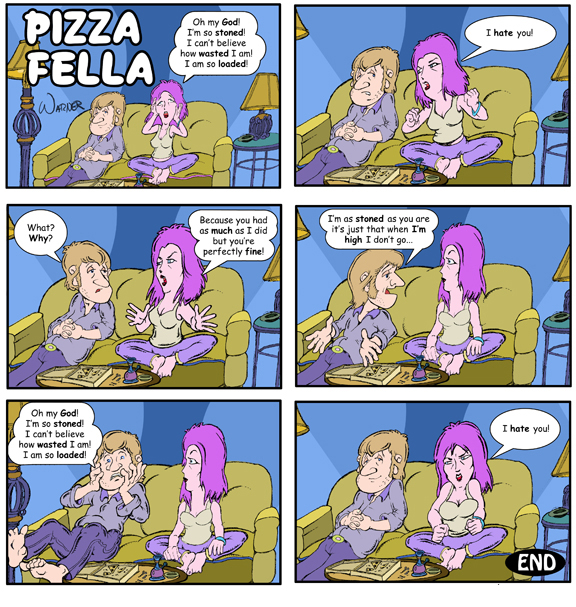 It’s not the growing legalized marijuana movement that inspired the return of Pizza Fella but the boom in both online and print media that the movement has created. The Alternative Press as well as what some may perceive as the return of the “Underground Press” has created an opportunity for a new breed of comic character, or in the case of Pizza Fella, the updating of a classic.

The new Pizza Fella comics are created as full color, three-quarter tabloid page size intended for weekly publications as daily papers such as The L.A. Times are probably not going to be publishing marijuana themed comic strips any time soon. 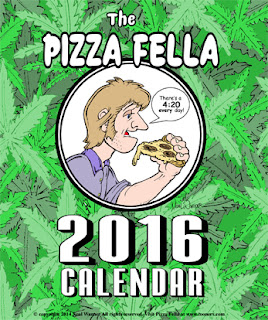