The TOONERS' THEME TO A DREAM CD

Today, April1, 2020, is the official release date for The Tooners' fifth full length CD, Theme To A Dream. It may be the last Tooners CD in that we have now recorded and released virtually every song the band has ever written. If there is ever a follow up it will have to be written from scratch. The only time we've ever recorded an album from scratch was Ripped. Every other Tooners CD, Rocktasia, The Haight and Underground Comix were compiled of songs written years before the recording of the CDs, usually with songs taken from our live sets. Now all those songs that the band has written over the years have been recorded and distributed out on the ether for all the world to hear, or ignore, as apparently is the case. 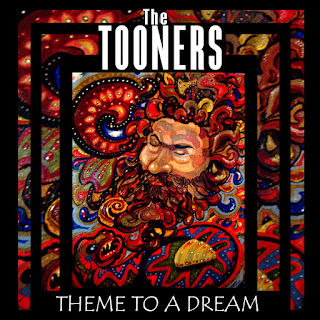 Theme To A Dream CD.

Theme To A Dream is the third in a trilogy of albums that were compiled from a list of over thirty old songs separated into three distinct albums according to subject matter and overall musical vibe. When a songwriter writes a Pop / Rock tune it can usually be classified into one of three categories;
1. HITS: upbeat, catchy tunes that might appeal to one or more of the various radio formats.
2. DEEP CUTS: more "artistic" or experimental songs that may be longer than the standard three minutes playing length, have changes in tempo, mood or format and
3. FILLER: or what the late, great John Lennon called "crafted songs", the songs that are written because songs were needed and not because they came from any sort of inspiration.
There are a couple different types of "inspiration" as well. There is the inspiration where your hands suddenly and unexpectedly play a phrase or a riff that then leads to the completion of an entire song and the inspiration that comes when an event or memory or maybe just a feeling compels the writer to write a specific song in order to memorialize the event, person, place or thing that inspired it. 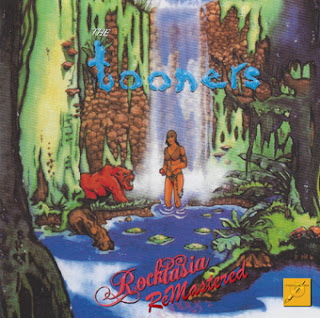 The TOONERS Rocktasia Remastered
The first of the three albums recorded pulling from the collection of songs written over the course of decades is The Haight. It is The Tooners' album of more adventuresome tunes. Several are over four minutes in length with one or two over five minutes. The more exploratory and ethereal mood of the music led to the lyrics being about beliefs, some religious, some metaphysical, some with a Huckleberry Finn sense of adventure about them. 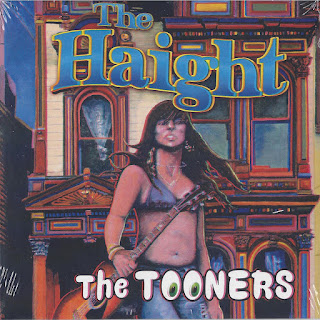 The TOONERS The Haight


The second album, Underground Comix, is in keeping with The Tooners' penchant of writing music to accompany other forms of media. Where Rocktasia was a collection of songs meant to eventually be the soundtracks to animated films, The Haight was inspired by the book of the same name and shares the same cover art.
. 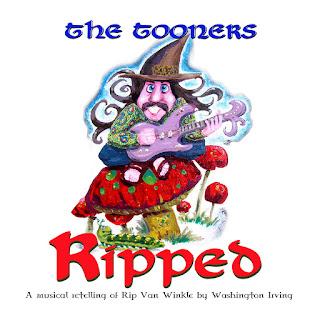 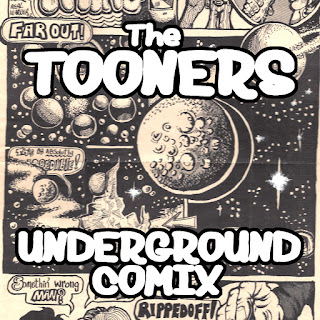 And now comes Theme To A Dream, the title inspired by the fact that there are two "theme songs" on this CD. No Time To Die, released as a single as well as included on the album, is a song not so much about the latest James Bond movie with which it shares a title but more about the various fan theories about James Bond that have been circulating on the Internet for years. Another theme song, Strange, CA, is a theme song for a proposed TV Western about a hunter of Cryptozoological animals in the Old West written by Benjamin Warner and currently under option by a television production company in Hollywood. Other songs, although not blatantly theme songs, certainly sound like they could/should be; I Don't Wanna Work (Pleasant Valley Monday) is a song inspired by the Monkees' hit Pleasant Valley Sunday where a garage band is heard by a home owner who is outside to mow his lawn. I Don't Wanna Work takes the point of view of one of the garage band musicians who years later finds himself in the position of the suburban home owner and ponders why and how he ended up back where he came from when he was, at one time, certain his life was going to take him far away as a rich and famous rock star. A theme song for a lot of us. The song Coronado could be a travel spot theme song for the Southern California resort and Hail The Rock & Roll Band is a shout out to the original Fab Four who started it all. The second single from the album is Forgiving You. A sweet love song that on closer listening reveals some rather subversive lyrics.

And thus we have reached the end of our musical journey. There may be more music ahead but as of right now there is nothing from the past from which to pull which is both a little frightening and yet exhilarating.